While 4/20 might be the official ‘unofficial stoner holiday,’ May 24th remains a significant date in marijuana lore in its own right—it’s 1/2 of the legendary comedy duo Cheech and Chong’s birthday. And today especially, is an extra special celebratory day for potheads and marijuana advocates alike, as the stoner comedy pioneer Tommy Chong turns 80.

Chong, who has advocated for legal marijuana since his early stoner comedy days, is now beginning to see his dreams come to fruition. What a long, strange journey it’s been for the musician-turned-comedian-turned-cannabis rights advocate. Well, technically, he’s always been the latter.

Chong’s career first started back in Calgary, where he began playing the guitar at 16 years-old.

“I played guitar to make money. I was about 16 when I discovered that music could get you laid, even if you were a scrawny, long-haired, geeky-looking guy like me,” Chong once said in an interview.

By 1965, Chong and his band, Bobby Taylor and The Vancouvers, signed with Gordy Records and recorded their debut eponymous album. Their first single, “Does Your Mama Know About Me,” was co-written by Chong, and peaked at 29 on the Billboard Hot 100 charts.

However, after releasing two additional singles, the group broke up after Chong and bandmate Wes Henderson were fired from Motown for failing to acquire green cards to become U.S. citizens.

Chong then returned to Vancouver, British Columbia, to run a couple of local strip joints with his brother. It was there that he met the youthful Richard Marin, who begged Chong to join the house band. The duo then began playing sets together, while sprinkling in a few stoner jokes and the rest is history.

After settling on the name ‘Cheech and Chong,’ the soon-to-be-infamous comedy team released their self-titled debut comedy album in 1971, which was nominated for a Grammy. The duo would go on to release four more Grammy-nominated comedy albums, including Big Bambu, Los Cochinos, Cheech & Chong’s Wedding Album and Sleeping Beauty. Los Cochinos ended up taking home the prestigious award in 1973.
The pair’s first feature film, Cheech and Chong’s Up In Smoke, was released in 1978 and became an instant cult classic and staple of the burgeoning pro-cannabis counterculture. The film spawned two successful sequels: Cheech and Chong’s Next Movie in 1980, and Nice Dreams in 1981. The pair then followed up with a trio of lesser-renowned films in Things Are Tough All Over, Still Smokin, and the non-stoner flick Cheech & Chong’s The Corsican Brothers. 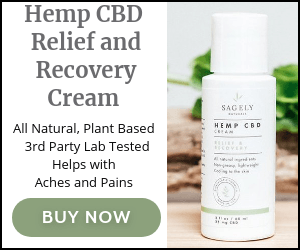 The pair released one more album in 1985, Get Out of My Room, before a contentious split. The duo would try to reconcile their differences in the years that followed, however, most of the time, it would end in disaster. The two now remain on good terms and have made occasional appearances together, most recently, on an episode of The Late Show with Stephen Colbert, where the duo joked about weed losing it’s ‘edge’ since garnering legalization.

Chong’s weed-infused life hasn’t always been rainbows and butterflies. Back in 2003, he was arrested after he admitted to distributing 7,500 bongs and water pipes on the internet, through his family company, Nice Dreams. He ended up serving 9 months in prison for the endeavor, with many questioning the ethics of the case and whether or not Chong’s status as a stoner comedian caused his ultimate downfall.

Then, in 2012, Chong announced he was suffering from prostate cancer. A month after the announcement, he declared he was “99 percent cancer free” after using a special hemp treatment.

But, in 2015, Chong stated that his cancer had returned, this time colorectal. He once again used cannabis during the treatment and ultimate recovery from the disease.

Now, Chong gets to enjoy the fruits of his, and so many other cannabis pioneers’ labors, through his own special brand of weed: Chong’s Choice, which is available in dispensaries throughout several weed-legal states.

According to the AP, Chong’s Choice will be, in fact, the pot of choice throughout his 80th birthday festivities. Life really does come full circle.

Tim Kohut
Tim KohutHailing from New York. His hobbies include (but are not limited to) eating eggs, owning far too many cats, and watching Rob Schneider films. He’s a self-taught expert in the cannabis industry and hopes to share his vast knowledge with fellow weed-enthusiasts around the world.