Terpenes and the Entourage Effect

How terpenes work with cannabinoids to produce the cannabis plant’s most desired effects.

Some of the cannabis plant’s most appealing qualities are the aromas and flavors we experience when we consume it. Many of the most popular strains are named after their intended taste. Blueberry is named for its sweet, citrusy blueberry flavor, Sour Diesel for its pungent and intoxicating fuel-like aroma, and Cheese for its, well, cheesy taste and smell.

You can thank terpenes for all the cannabis flavors and aromas you love. Whether you smoke cannabis flower, dab concentrates, or vaporize either, terpenes are hard at work delivering tasty citrus, diesel, woody, pine, skunky, coffee, spicy, herbal, or tropical flavors to your palate.

But terpenes do more than provide flavor and aroma. They also support other cannabis molecules in producing wanted effects. We call this the entourage effect, and it’s the reason terpenes have become such a critical piece of the cannabis puzzle.

Cannabis contains hundreds of molecules that have the ability to directly interact with our bodies and minds. Cannabinoid molecules are relatively unique to the cannabis plant, but other plant-derived molecules such as flavonoids and terpenes also bind to our cells and influence our experiences.

Terpenes are a large class of molecules that are produced by many species of plants. They are the main ingredient in essential oils and are the fragrant compounds responsible for plants’ distinctive smells. The cannabis plant produces at least three dozen different terpenes. The unique scent of each cannabis cultivar (strain) is a result of the unique balance of terpenes produced by that particular plant. Terpenes dissipate into the air very easily and are the first molecules to vaporize when heat is applied to flower. The flavor of terpenes is maximized by whole-flower vaporization, which gives the brain a chance to interpret the flavor without overwhelming it with the taste of smoke.
In addition to their aromas, terpenes have direct interactions with our bodies. For instance, alpha-pinene and beta-caryophyllene interfere with molecules that dilate our blood vessels. Less dilation equals less inflammation. Evidence suggests that whole-plant cannabis (that includes terpenes) is superior to isolated compounds from the plant. This isn’t entirely surprising: if pinene is anti-inflammatory, and CBD is also anti-inflammatory, then the body has a chance to fight inflammation from two different angles, using a single flower. This combined benefit is known as the Entourage Effect; cannabinoids like THC and CBD produce better outcomes when they are consumed alongside a supporting cast of terpenes.

So how is this all happening? What bodily processes or mechanisms could explain why combined terpenes and cannabinoids are superior to isolated ones? Like the example above, one possibility is that cannabinoids and terpenes hit different targets, and the summed activity at those targets (receptors or other cellular pathways) results in a better outcome; in other words, attacking inflammation at multiple sources of inflammation. It’s also plausible that terpenes could enhance our bodies’ ability to absorb or process cannabinoids. On the other hand, we have decent evidence that the undesirable effects of cannabis are minimized when there is a diverse set of molecules consumed at once. For instance, when CBD is consumed alongside THC, people experience less paranoia and anxiety.

The thing about the word “entourage” is that it gives the connotation that all the work is being done by a prevalent cannabinoid (like THC or CBD), while the other minor cannabinoids and terpenes are there as a sea of relatively insignificant minions. In some cases, this may be true, like when an individual uses an extremely THC dominant flower (20+ %) that doesn’t have much else going for it.

However, there are a staggering variety of chemical phenotypes (chemotypes of cannabis) out there in the world. Plants that have a rich diversity of cannabinoids and terpenes may fall more into an “Ensemble” effect, rather than an “Entourage.” Just like an orchestra, each individual instrument contributes to the overall experience of the musical piece. THC may be the conductor, and CBD might be the first-chair violin, but every instrument, every different cannabinoid molecule, contributes to the overall experience. 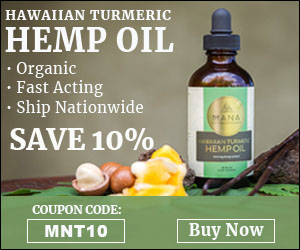 Almost everything we know about terpenes and cannabinoids is a result of studying their properties in isolation. With the exceptions of THC and CBD, the majority of this work has been done in animal models and Petri dishes. Although this kind of science tells us a lot about the cellular mechanisms by which cannabinoids promote health, these models could be a bit too simplistic to generalize the results to the entire human population.

In the real world, we usually don’t consume isolated alpha-pinene and wait to see how much it improves our breathing. Isolated cannabinoids like CBN are becoming more common. But, just because they’re being more widely consumed doesn’t mean there is sufficient clinical research to fully understand how they function in the real world, alongside others. Most “evidence” is purely anecdotal at this point. It’s far more common (and more beneficial) for us to consume hundreds of molecules at a time. There is a huge amount of research left to do in order for us to understand exactly how terpenes enhance the other health benefits of the cannabis plant, and exactly which constellations of molecules produce the different kinds of highs for which cannabis is known.

What Are Cannabis Terpenes and What Do They Do?

Updated 4/30/18 There’s something about the aroma of cannabis that soothes the mind and body. Whether it’s the sweet fruity taste of Pineapple Trainwreck or ... Read More

Cannabinoid Receptors 101: Why Do We Have Them?

Here’s a little story – all about how – your understanding of cannabis is about to get turned upside down. Here’s why: we (as in, ... Read More

The History of Cannabis

The History of Cannabis The benefits of cannabis have been recorded for thousands of years, woven into historical moments that many of us grew up ... Read More

NEWER POSTCannabinoid Receptors 101: Why Do We Have Them?
OLDER POSTMedical Pot: An Elixir for the Elderly?